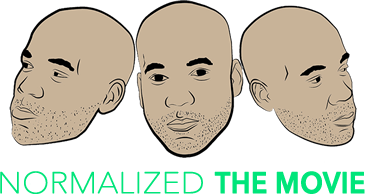 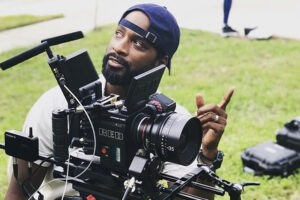 Damien Coor is an award winning cinematographer, who has been working in film and video for more than a dozen years. He has worked on a vast range of projects, including short and feature length narrative films, commercials and music videos.  He has spent the better part of the last eight years working internationally, specifically in Latin America. Still, Damien has worked on numerous domestic projects including the Emmy Award nominated Showtime documentary,  Of Mics and Men: The Story of the Wu Tang Clan, which premiered at the Sundance Film Festival in 2019. Additionally, Damien has trained and worked under some of today’s most influential cinematographers, such as Bradford Young, Hans Charles and Arthur Jaffa. 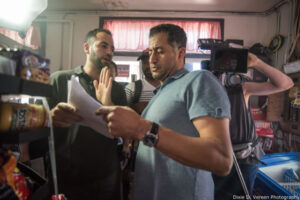 Founder of Foty Fusion Films, Ziad Foty is an emerging independent director and writer based in the DMV area. His films seek to highlight underrepresented stories in an effort to challenge the dominant representation in film. Winner of the Best Documentary Film at the Paul Robeson Howard Film Festival for his film "Renaissance Man" (2017,) Ziad has recently completed short narrative film "El Mahal" (2019) and is in post-production on his debut feature documentary "Return to Ramallah" (2019.) 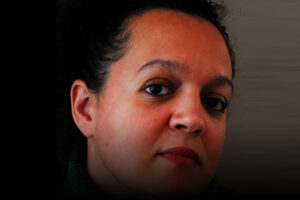 Born and raised in Washington, DC, Alexandra was brought up in the multicultural epicenter of the U.S by a Mauritian mother and Jewish father. Alexandra's ideals and beliefs were formed by her parents who supported women's businesses and sustainability in third world countries.

Alexandra got into the film world in her late teens, after being strongly persuaded by her mother to attend a photography course, due to days being spent dissecting independent films with friends. The impact of her parents' work made an impression on Alexandra, bridging her appreciation and love, for both social causes and filmmaking.

With resourcefulness, a technical background and an intuitive eye for a captivating story, Alexandra moved into producing inclusive, diverse, and magical stories. It was time to fit individuals like herself into the mold, that could explore the spaces between reality and fictional elements. 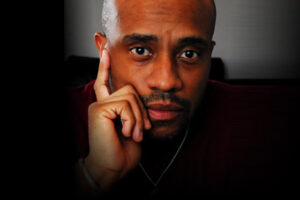 Young Bellamy uprooted from his native South Carolina, always had an interest in sports, music and media – in general. A two-year stint as video editor for Good Morning Carolinas with WPDE/TV-15 in Myrtle Beach preceded a move to the DC area, seeking new horizons.

Quickly settling into the world of film production, André rose from intern to associate producer in less than 3 months with JWM Productions, Story House Productions and then on to National Geographic, before moving on to commercial work with the Human Rights Campaign and the Newseum.

He is the de-facto business manager of Lexicon Media focusing on the accounting, marketing, legal and growth of the business. He holds an associate degree in paralegal studies and bachelors in business from Strayer University. 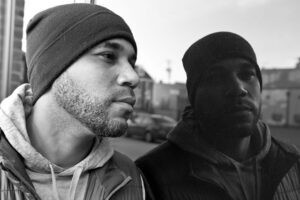 While the Normalized Podcast started as an outlet for CJ to understand and address his own disorder, it has become a place where listeners come to seek self-awareness and empathy for others.

CJ currently lives a “normal” life by societal standards. But the path to this “normal” life was complicated. At 10 years old, CJ’s home life fell into chaos after his mother lost her job and his brother left home shortly thereafter. As anxiety and self-doubt began to mount, and without a solid routine or desired family supports, he turned to friends, drugs, alcohol, and women as a means of escape.

Through the years, these escapes only brought on mental anguish, broken relationships and multiple trips to various institutions. At the age of 36, CJ was diagnosed with Bipolar II Disorder. Since then, CJ has been devoted to sharing his story and the moments that defined him with others in his community. CJ’s story isn’t extreme, rather the normal one that so many are scared to share. The Normalized Podcast success has now given birth to Normalized The Movie.